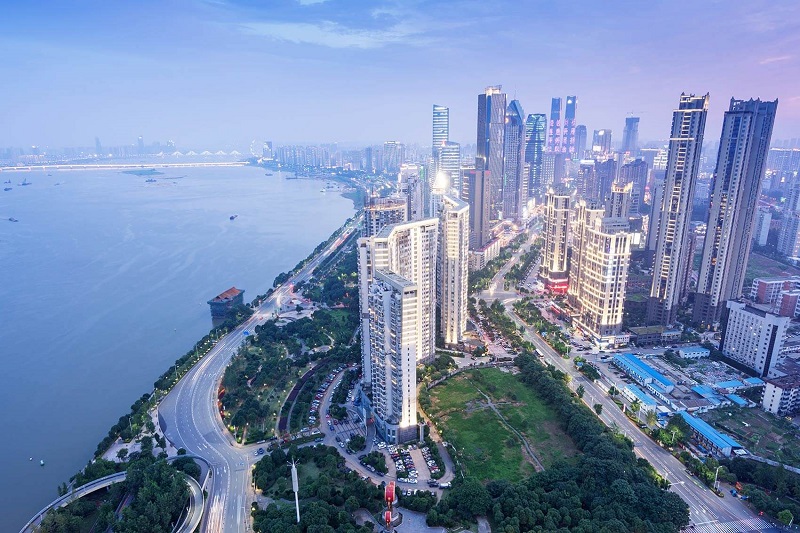 Wuhan, the capital of Hubei Province, is one of the most significant cities in Central China. Situated at the convergence of the Yangtze River and the Han River, Wuhan is the political, financial, commercial, cultural, and educational center of Central China. The waterways traversing the city demarcate it into three towns — Wuchang, Hankou, Hanyang.

With a history of over 3500 years, Wuhan boasts several historical and cultural relics. There’s no dearth of natural attractions as well – Wuhan’s beautiful lakes, rivers, and botanical gardens attract a large number of tourists to this city. From exploring its rich history to experiencing nature, here are some of the unmissable things to do in Wuhan. Plan your next holiday in Wuhan and book flights with iEagle! Discover why Wuhan is touted as a city that is “different every day.”

View the city from the Yellow Crane Tower:

Perched on the top of Sheshan Hill, the Yellow Crane Tower is the most famous landmark in Wuhan. It is recognized as one of the iconic buildings in Wuhan, owing to its cultural significance. Originally a watchtower, the building has been reconstructed several times, and today’s Yellow Crane Tower is a 169-feet-tall five-story pagoda that houses exhibits related to Dynastic history, poetry, and local legends. You’ll also find inscriptions by popular literati of the Tang Dynasty on the walls. Climb to the top of the Yellow Crane Tower and catch the panoramic views of the city and the Yangtze River!

A visit to this stunning temple is the most recommended thing to do in Wuhan to experience spirituality. The word ‘Guiyuan’ refers to a sutra that emphasizes the concept of ‘return to purity.’ Established during the Qing Dynasty, it is the first one among the four important Buddhist monasteries in Wuhan. Guiyuan Buddhist Temple is known for its excellent architecture, sculptures, and a rich collection of religious relics. The temple features five courtyards, and Lohan Hall in the Southern courtyard is very famous. It houses 500 Lohan statues of identical sizes but different appearances.

East Lake, the largest inner-city lake in China, is the main scenery tourist attraction in Wuhan. The breathtaking landscape of the East Lake Ecological Area, which covers 82 sq.km of land, features six major scenic areas (Tingtao, Mo Hill, Luoyan, Chui Di, Baima, and Luohong Hills) having more than 100 beautiful spots. The colorful hues of seasonal blooms add to the mesmerizing beauty of the lake. Strolling the botanical gardens, birdwatching at the bird forests, mountaineering, exploring the lotus and fish ponds, and boating on this vast lake — these are some of the best things to do in Wuhan.

Located in the Wuchang District, the grand Hubei Provincial Museum is one of China’s most prominent museums. The three halls of this museum, namely the Chime Bells Exhibition Hall, the Chu Culture Exhibition Hall, and the Comprehensive Exhibition Hall, house more than 200,000 historical and cultural relics of ancient Chinese civilization, of which 16 are known to be national treasures. The exhibits include regional artifacts, weapons, golden cups, bronze bells, pottery, porcelain ware, painted suitcases, musical instruments, lacquer works, and silk knitted products.

Marvel at the night view of the Yangtze River Bridge:

Popular as the ‘First Bridge of the Yangtze,’ Wuhan’s Yangtze River Bridge stretches 1.6 kilometers from Turtle Hill in Hanyang (on the northern bank) to Snake Hill in Wuchang (on the southern bank). The brilliant architecture of this double-deck bridge attracts many architecture enthusiasts and photographers to this must-visit spot in Wuhan. The scintillating view of this road and rail bridge at night is just unmissable! Get to the top of the seven-story bridge tower (at both ends of the bridge) to view the sparkling bridge majestically illuminating the Yangtze river.