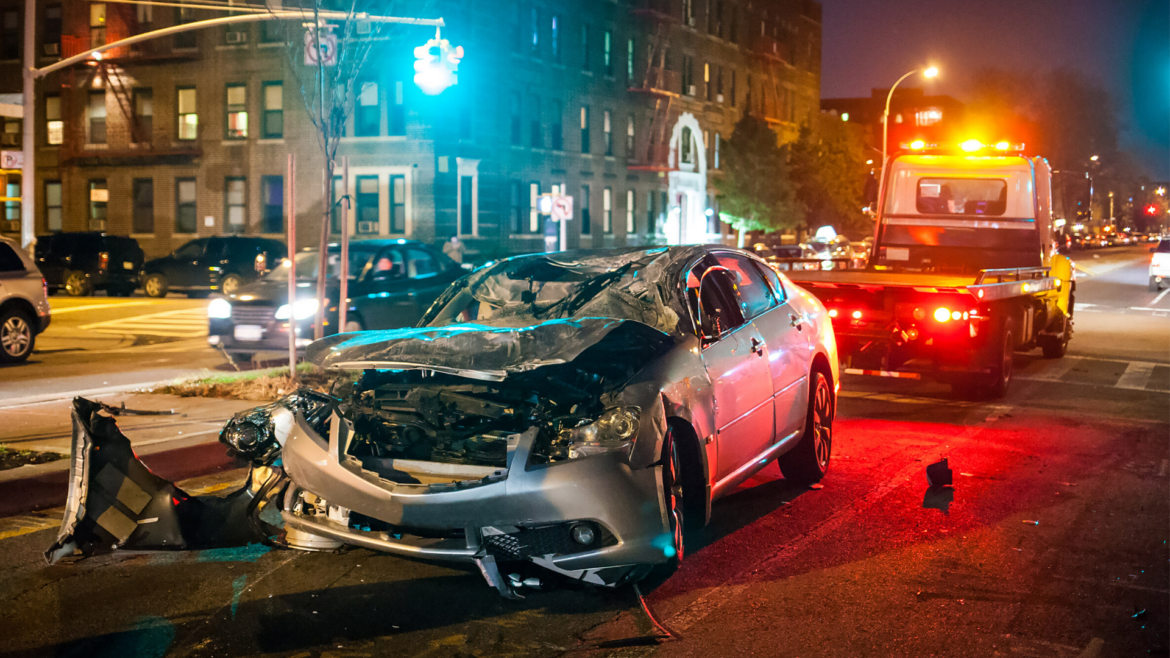 Chicago, Illinois is known for a lot of things: its architecture and skyscrapers, its food, and all of the attractions and activities it has to offer. It’s also known for its congested traffic, which is typical of all major U.S. cities.

In addition to traffic, Chicago also sees motor vehicle accidents pretty often. In fact, a car accident occurs approximately every six minutes in The Windy City. In 2018, 951 out of 67,453 car accidents were fatal. Even though all car accidents aren’t fatal, they can still cause a lot of damage, not to mention that they’re an inconvenience.

Here are eight things to do if you’re involved in a car accident in Chicago.

One of the most important things to remember if you’re involved in a car accident— whether it’s a major crash or a fender bender; and whether you’re at fault or not— is to never drive away from the scene of the accident until you’ve done the next five things on this list. Fleeing the scene of a car accident can result in criminal charges, and you can also have your driver’s license suspended or revoked.

2: Determine if Anyone was Injured

The next thing you need to do is determine if anyone has suffered any serious or minor injuries. If someone is seriously hurt, then you need to immediately call 911 and get an ambulance and the police on the scene. If no one was seriously injured, it’s still not a good idea to leave the scene until additional information is collected.

In some cases, vehicles involved in a car accident shouldn’t be moved— unless they’re blocking traffic and can be moved. If the accident occurs at night, you should keep your flashers on and/or set up flares if you have them until help arrives. Vehicles that are too damaged to drive will need to be towed out of the way, but again, this shouldn’t happen until everything is properly documented.

In some states, the law states that you must call the police and file a report after a car accident. In Illinois, an accident must be reported within 10 days of its occurrence if a death or injury occurs and if property damages total more than $1,500. Still, it’s a good idea to call the police for a minor accident with no serious injuries because a police report may be required by your insurance company to file a claim.

5: Take Pictures of the Accident

Not all serious injuries from car accidents are immediately apparent, and because of this, you should seek medical attention after calling the police, taking pictures of the accident, and exchanging insurance information. Even minor impacts can cause serious injuries that show up later on, so it’s a good idea to get checked out by your physician even if you don’t believe you were injured at all.

In some cases, people are very cooperative when they’re involved in a motor vehicle accident, and the party at fault accepts full responsibility. On the other hand, there may be no clear evidence of who was at fault, or the party at fault may deny that they caused the accident. In this case, you’ll need to contact a Chicago car accident lawyer, also known as a personal injury lawyer. They will help make sure that your rights are protected and that you receive compensation.

These are the steps you need to take if you are involved in a car accident in Chicago or any other U.S. city. Just make sure to understand the laws of your state and to contact a personal injury lawyer in your area.