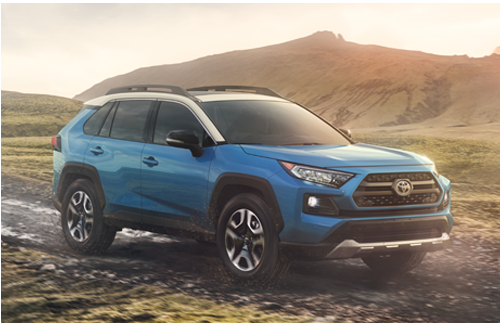 Toyota’s new Dealer Daily program will deliver critical news and other information to dealers at the push of a button. In addition, the program will help dealers increase their productivity by nearly 70 percent through a centralized information system.

Toyota’s information technology division has helped build a centralized information system that has increased dealer productivity by nearly 70 percent. The system also makes it easier for Toyota to provide dealers with critical information.

Dealers can now access the information they need, resulting in improved customer service and fewer errors. Previously, Toyota dealers would have to key in the same data several times.

Toyota’s centralized information system includes dashboards and reporting tools. It allows Toyota employees to communicate through email and other means. In addition, Toyota has developed an intranet system, allowing dealers to access information about cars, parts, and other items.

Dealers can also order and track parts online. This has saved Toyota millions of dollars in printing costs. Additionally, the site can send targeted messages via e-mail.

Toyota also created a “Mayday” feature that can inform customers about vehicle problems. Other features include health alerts and accident alerts.

Toyota plans to launch a new build-to-order system, allowing customers to order a customized vehicle. A salesperson will keep the customer informed on the status of the order. This information will be delivered through an Internet portal, called Dealer Daily.

The portal is linked to Toyota’s corporate information system. It links dealers with parts, insurance, financing and other business units. The system is expected to save time and money.

Toyota is currently testing Dealer Daily with 300 Toyota dealers. They expect 800-850 dealers to be using the system by year’s end.

According to the manufacturer, the new system will provide dealers with an instant delivery date. In addition, the dealer will be able to file warranty claims, re-program vehicles on board computers and download company and F&I information.

Toyota has developed a new retail platform that integrates its corporate communications system with its retail networks. The new system will help Toyota’s dealers deliver critical information to customers and dealers.

Toyota believes that customer relationships are key to their success. So, the company takes an aggressive approach to building relationships.

One way the automaker builds relationships is by developing a complex web of social networks. Employees are encouraged to join informal groups based on interests. They also participate in self-organizing study groups.

In addition to joining groups, employees are trained to listen and to learn from others. They are also pushed to break routines.

Toyota has an unusual organizational structure that allows people to work at a high level without being confined by rigid hierarchy. In addition, it provides free flow of information among different levels.

For example, senior sales executives visit dealerships and learn about customers’ tastes. Information is then shared with other Toyota employees at the dealership. This enables the company to avoid the common pitfalls of large organizations.

Currently, Toyota Dealer Daily is in testing with 300 Toyota dealers. In addition to the dealer-specific tools, it includes a customer relationship management component, as well as on-line training and an automated F&I form. The system is accessed through the Internet Explorer browser and accesses the dealership’s managed network.

Dealers expect that the system will save them time and money. They say that it will reduce data entry, and cut down on errors. This will allow them to spend more time selling vehicles and less time in front of the computer.

The system also gives dealers access to the entire Toyota product line, including repair manuals, instant service bulletins, and recall information. Customers will also be able to order customized vehicles through the system.