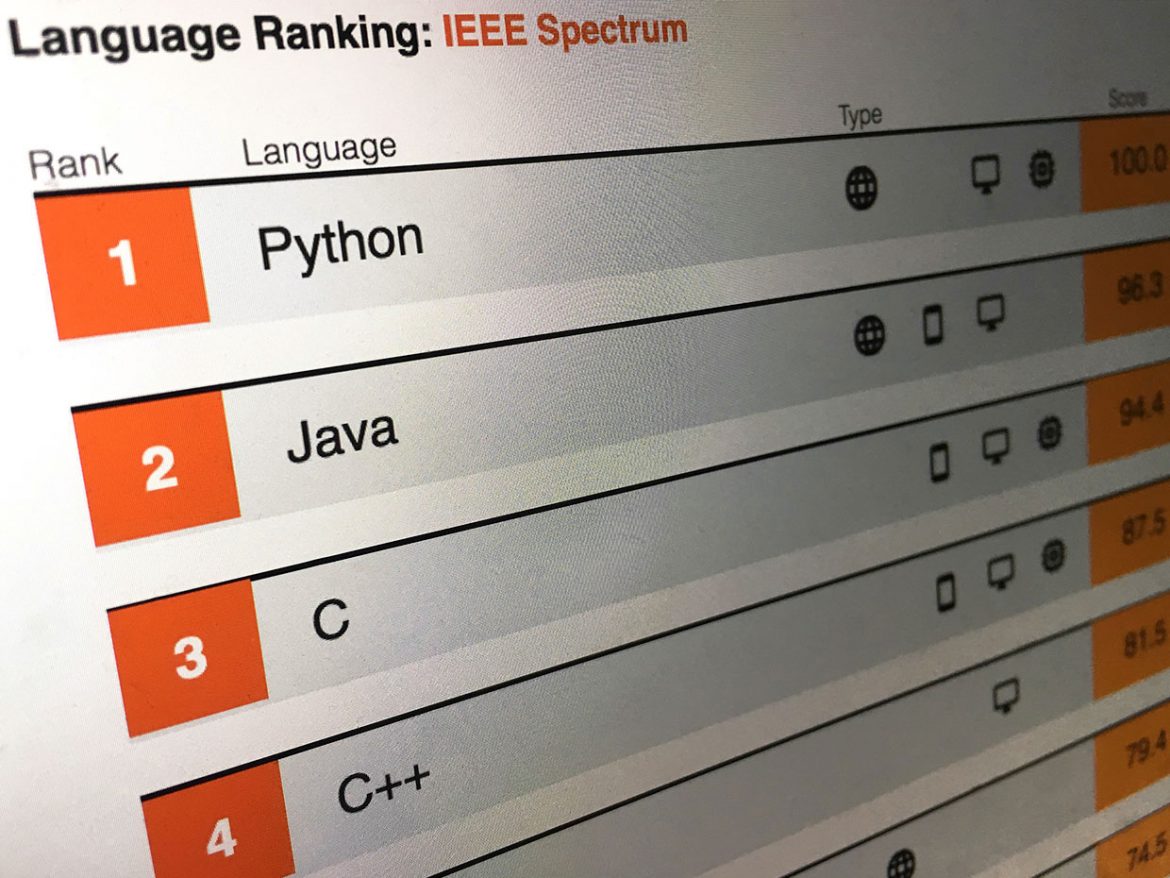 Are you a senior developer looking to broaden your skillset? Or a novice programmer wondering which language to learn next?

Either way, here are some of the top programming languages to learn next year.

While Java used to be the most taught programming language in university courses, that accolade now belongs to Python.

Python is a versatile, well-rounded coding language that can be used for many different projects. You can use Python to build web applications, conduct statistical analyses, or build machine learning pipelines.

Because it’s so popular, there is great support for Python in the form of a large community of developers. Python is also easy to learn and read compared to some other languages.

JavaScript is the language to learn for front-end development. There are many frameworks available for building large-scale web applications including ReactJS, AngularJS, and VueJS. It can also run in the backend with NodeJS.

Most tech companies use JavaScript in one way or another. If you’re looking to get a job at a big tech company as a front end developer, then knowing JavaScript is crucial.

Do you want to build apps for the Microsoft platform? You better learn C#!

C# is a beginner-friendly programming language built to be simple and easy to use. It’s a fast and open-source language that’s always evolving. C# is one of the fastest-growing languages in the world.

Another advantage of C# is that it’s versatile. Do you want to build a desktop app? How about a mobile app? Or a video game? C# won’t let you down!

You can do a lot with C#. Don’t believe me? Just check out this C# open excel file tutorial, for example.

In fact, many popular games have been developed using C# so if you’re interested in becoming a game developer, then this language is for you. Above all, C# has a large community behind it which means you can always get help when you’re struggling.

Go is not one of the most popular programming languages but that doesn’t mean you shouldn’t learn it.

Go was created by a team of developers at Google in order to solve some common problems that large organizations face. You can build powerful applications using Go. The language was built to be simple, and that’s why Go only has 25 keywords while other programming languages have 50 or more.

There is a shortage of Go experts, so learning the language can help you stand out among other developers. Learning this language may even help you land your ideal job.

If you want to develop your coding skills, these are some of the top programming languages to learn!

Interested in machine learning and AI? Python is for you. However, if you want to work on front end applications, then JavaScript is the best language to learn.

Looking for a job in game design? C# is your friend. And finally, if you just want to stand out, you can’t go wrong with learning GoLang.

For more helpful tech tips, check out more of our blog.