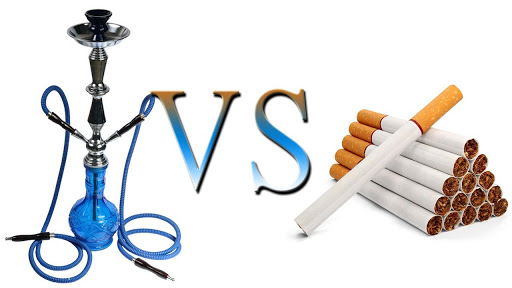 In the US, around 14% of American adults smoke cigarettes. While that doesn’t sound like very many people, this does account for over 34 million people in the nation!

However, this isn’t the only way Americans like to enjoy their tobacco and/or smoking. For instance, there’s also hookah, which is immensely popular.

If you’re interested in both, or have done both before, then you might be wondering: when it comes to hookah vs cigarettes, which one is safer? Read on to find out more about these two things.

Before we tackle the safety of hookah vs cigarettes, let’s first briefly discuss hookah, as not everyone’s familiar with it.

Hookah is a type of water pipe that originates from Asia and India. It’s also known as shisha, narghile, or goza. Visit Smoke Honest to see more smoking accessories.

Usually, the tobacco used in hookah is flavored with sweet flavors like honey, fruits, and mint. This is probably why it’s very popular; the sweet flavors mask the harsh taste of tobacco.

How a hookah works is like this: there’s a bowl at the very top that contains charcoal. This goes right over the flavored tobacco, which is kept apart from the charcoal with a piece of foil.

When you inhale from the pipe, you draw the smoke that results from the tobacco being heated up by the charcoal. The water bowl of the hookah then cools and humidifies this smoke. As a result, you get a much smoother feel than with cigarettes.

It’s most likely this smoothness that causes people to think that hookahs are safer than cigarettes. But are they really? We’ll discuss both in more detail below.

When you want to know about the safeness of hookah vs cigarettes, you’ll have to consider several factors. Here are some of the main ones you need to think about.

As you already know, both hookah and cigarettes contain tobacco, which is bad for your health. It can also cause cancer with prolonged usage.

But did you know that hookah doesn’t contain pure tobacco, as many people would believe? In fact, it has many of the same toxins that cigarettes have, including:

Another misconception that many people have about hookah is that it doesn’t have tar. While that may be true prior to smoking, as soon as tobacco is heated up, it’ll produce tar.

In addition, you have to consider the charcoal that’s used in hookah. Often, it contains other toxins and carcinogens.

In a hookah, there’s about 200 mg of nicotine. If you sit and smoke the entire thing, then that’s like smoking an entire pack of cigarettes in that short span of time!

However, you have to consider that with a cigarette, you usually smoke those on your own. If you share it with anyone else, they’d typically just take a few puffs. Whereas with a hookah, you’re usually splitting the entire thing between friends.

Cigarettes have that full-on tobacco taste. At the most, there are some mint-flavored ones out there that help mask that taste, but not completely.

This makes it so that most children, teens, and young adults dislike cigarettes. As a result, they won’t develop a habit for cigarettes as early on.

However, because hookah is so smooth and has appealing flavors, this can be attractive to a younger audience. This gives it the potential for them to get hooked on nicotine and tobacco earlier.

The smoke that comes out of a cigarette compared to hookah is different. While hookah smoke might feel a lot smoother, it actually might be doing a lot more damage than a cigarette does.

For instance, hookah smoke has 46 times more tar and 6 times more carbon monoxide. This, plus the fact that you take longer drags on a hookah, means that you’re absorbing a lot more toxins than you would with a cigarette.

For most casual smokers, the taste of 1 or 2 cigarettes can be enough for them to stop for the day. But when it comes to hookah, it’s so smooth that even people who have never smoked before will keep taking puffs.

For this reason, you can expect that in most cases, people will smoke hookah for much longer than they would with cigarettes.

Casual smokers won’t smoke more than a few times a week. In some cases, they’re such casual smokers that they only smoke socially at parties. On the other hand, you have the heavy smokers who go through several packs a week.

When it comes to hookah, it’s mainly a social activity that you don’t do every day. Even the most avid hookah users participate roughly once a week at the most.

So while hookah does have a larger concentration of toxins, the fact that it’s not used as often as cigarettes might mitigate some of the danger.

Keep Your Smoking to a Minimum for Better Health

When it comes to hookah vs cigarettes, one thing’s for certain: both are detrimental to your health. It’s hard to tell which one’s safer for you, especially when each person’s habits are different when it comes to smoking hookah or cigarettes.

So the best thing you can do is to avoid smoking either things. And if you do, try to keep it to a minimum so you can take better care of yourself.

If you liked this article on cigarettes vs hookah, then please check out the rest of our blog for more informative posts.