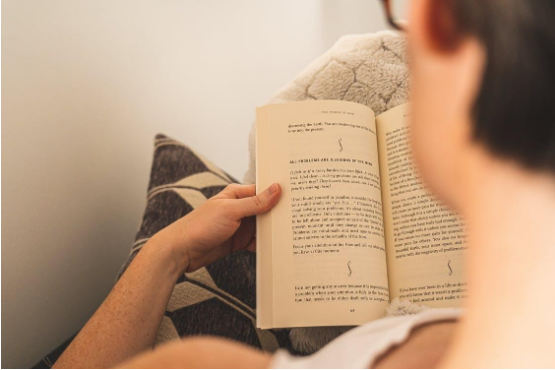 For many decades, the established universal language of international business has been English. With the United States, the European Union, Australia and other major players on the global stage taking the lead, other major nations – such as China, Brazil, Russia, and many more – have accepted the fact that trade negotiations would take place primarily in English and adapted to that scenario. It was a status quo that went unchallenged for so long that many people assumed it would never change.

However, the world itself is changing, and long-held notions about how international business and trade should work are changing right along with it. Gone are the days when you had to be fluent in English to trade with an English-speaking nation or company. These days, companies are hiring more bilingual team members and also more translators and interpreters. These professionals are opening doors that might have remained closed until very recently to businesses around the world.

Thinking of adding a translator to your team? There has never been a smarter time for this decision. With an increasingly globalized marketplace, there are people and nations participating in international trade that never have before. Still, perhaps the most popular options for translation are Chinese and Spanish. Here, we’ll use the latter as an example to underline the important steps on the path to hiring a translator – and how to hire smarter and get maximum benefits!

Figure Out What You Need from a Translator

Why do you need a translator? This is a key question. Your answer shouldn’t be general – you don’t just want to be able to understand and communicate effectively with theoretical future clients and trade partners. You need concrete cause for enlisting these services, such as an upcoming project with a Spanish-speaking client. English to Spanish translators charge per project, either a flat rate or a per-page or per-word rate, so asking them to hang around without an imminent need for their services is a waste of their time – and your money. If you are just looking to hire someone who can help you communicate more effectively via in-person meetings and conversations, consider working with an interpreter instead.

Establish Criteria for Hiring Your Translator

Assuming that you do have a project waiting in the wings, it’s a good idea to determine what kind of criteria you want to use when hiring a translator.

Most modern English to Spanish translators either work freelance or for a translation agency, though an increasing number partner with websites that allow them to market their services while remaining self-employed. Which route you go when hiring is entirely your choice, but keep in mind that many traditional agencies do have overhead costs that must be covered which they often tuck into the fees charged to clients working with their translators. As such, an individual, a freelance translator may charge more, but their fees are likely to be very similar or even lower than their traditionally-employed industry peers.

You know what you need – now find someone who offers it! There are millions of translators worldwide, and the recent uptick in remote work means that you have a much larger pool of talent to hire from. But it’s still important to weigh qualifications when considering who to partner with.

Most translators acquire a bachelor’s degree or the educational equivalent, although some do rely on many years of real-world experience instead. Regardless, you want to opt for a translator who has achieved some kind of certification or taken some kind of test to demonstrate proficiency so that you can ensure that you are investing in a reliable translation that will properly further your business interests.

Once you’ve established what your requirements are for a translation partner and found someone who meets them, it’s time to get a quote for your project. Make sure that the translator you’re working with has current, accurate information regarding the specifications of your project and ask for an estimate of finished cost including any additional fees the project may incur.

Then – and here’s the key bit of business savvy – do a bit of research and compare the quoted rate to that of the industry standards. This will let you know if you’re landing a great deal on that translation work or if you’re being taken advantage of.

Inquire About Discounts for Repetitive Projects

There are several types of projects – such as legal translation – that can require multiple translated versions of nearly the same text. As such, these projects are typically less work for the translator but may incur the exact same costs for the consumer based on per-word or per-page rates as they would if all of the translated text was original.

Talk to your translator about negotiating a lower fee if you have lots of repetitive text in your project. This will help you keep costs low without depriving your translation professional of fair pay for their work. It may also help free up a few dollars in the company budget to add even more incentives to companies abroad to consider yours as one of the first English-speaking brands they do business with!