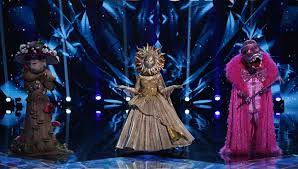 The Masked Singer is a reality singing competition that airs on Fox in the United States. The show is currently in its sixth season and has grown in popularity since its inception in 2019. Each season, a dozen celebrities take to the stage to perform in full-body disguises while the panelists attempt to determine their identities using only clues. The least-popular contestant of the night is then eliminated, and their identity is revealed.

With singers Robin Thicke and Nicole Scherzinger, actress Jenny McCarthy, and comedian Ken Jeong acting as judges, the competition will wrap up its sixth season on December 15, 2021. So if you’re interested in catching up on The Masked Singer but don’t think you’ll have the time to watch all five previous seasons of episodes, here’s a quick recap of the winners.

The winner of The Masked Singer’s premiere season was rapper, producer, and songwriter T-Pain. The rapper’s winning costume was a one-eyed furry creature named “Monster.”

Second place went to singer Donnie Osmond, a singer and television star. His costume was “Peacock,” which featured feathers, shimmy fabric, and a tall gold collar.

Season six of The Masked Singer aired on September 22, 2021, and features the first human-styled costume, named “Baby.” Sixteen celebrities will compete during the sixth season, and the season finale is scheduled for December 15.