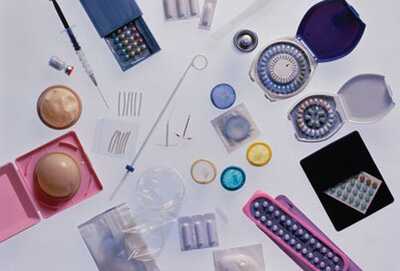 Birth controlling methods are used to prevent pregnancy. You need to take it if you are not ready for childbirth or if your healthcare provider has asked you not to conceive soon. If you want to know which plan will be best suitable for you, visit a sexologist in Lahore.

It is often problematic for people to chose the right birth control plan for themselves. Different factors need your attention. Think about the following things before choosing a birth control method.

What are the Different Birth Controlling Methods?

These are pills that women take to prevent pregnancy, once daily for every month. They contain hormones like compounds that regulate the menstrual cycle. Moreover, they prevent the release of eggs from ovaries and work by changing the lining of the uterus so that it does not prepare itself for a possible pregnancy.

The healthcare provider would give it as a shot, and it protects for up to 12 weeks. After that, the woman would require another shot for further protection. Since it does not contain estrogen, it shows fewer adverse effects. It stops the ovaries from releasing eggs and changes the lining of uterus, and cervix so that implantation can not take place.

It is a patch that a woman would wear anywhere on her body except breasts. She can wear it on shoulders, hips, front, back or upper arm. This patch releases hormone that helps in the prevention of pregnancy.

It is a soft ring that is inserted into the vagina, where it keeps releasing a low dose of hormones that stops the ovary from releasing the eggs. It gives protection for a month. After that, the woman would need another ring.

An intrauterine device, also known as IUD, is a device that is inserted into the uterus of a woman. It can be made of different materials and may or may not contain hormones. IUD would prevent fertilization of sperm and an egg. Moreover, it also changes the lining of the uterus.

A diaphragm or cervical cap is inserted into the vagina of a woman. Therefore it prevents the fertilization of sperm and an egg. They can be inserted six hours prior the intercourse. The diaphragm can be left for 24 hours after intercourse, while cervical cap can for 48 hours.

Tubal ligation takes place in the fallopian tube of the woman in which the healthcare provider would block them. Hence fertilization can not take place, thereby preventing the pregnancy.

It is a fine sheath that a man wears over his penis before having intercourse. It collects the semen he ejaculates during sex. Since semen does not enter the vagina, it helps in preventing the pregnancy. Moreover, a condom helps in preventing sexually transmitted diseases like HIV, syphilis or gonorrhoea.

This procedure is done in the reproductive system of man. In this procedure, the healthcare providers cut vas deferens-a tube that carries sperm from inside through the penis and out. However, it does not affect the sexual performance of a man.

Your healthcare provider can decide the best method for you. They will do that based on risk versus benefit ratio according to your health. If you want to know the best plan for yourself, visit a sexologist in Karachi.