Are you trying to learn how to shoot a gun? You may have purchased your first handgun or rifle.

Regardless, you must keep gun safety in mind. Above all, point the gun in safe directions.

To increase accuracy, maintain a proper stance, and grab the handle firmly. Then, line your sights and fire. That said, newbie shooters have much more to learn.

This article will help you learn how to shoot a gun safely. Read further to know more.

Before shooting a gun, learn how to handle it properly. First, treat all guns as if they’re loaded.

Even if the gun doesn’t have a magazine, treat it as a loaded firearm. You may have a bullet in the chamber and not know it.

Even if you checked the magazine and the chamber, never fire the gun at an unsafe target. If you’re going to a firing range, keep the gun unloaded until you reach the range.

Only point the gun at things you’re willing to shoot. Many beginning shooters carelessly point their guns at people, which could result in an accidental discharge.

Plus, always be mindful of what’s behind a target when shooting for practice. For example, ensure there are no houses or buildings behind the target.

A proper stance is vital because it will help you shoot accurately. When it comes to shooting a gun, you have three stances to choose from:

You would widen your feet shoulder length. The toes should be aligned, and you should face the target squarely. Moreover, the knees are bent slightly, with both arms extended towards the target.

With the weaver stance, you would position your support foot forward, with the firing foot back. Extend the firing arm outward, and bend the support arm slightly. This stance creates a push-pull position that stabilizes the weapon.

This is a tactic primarily used in military and law-enforcement circles. The fighting position mimics a boxing stance. Position the feet to align with the shoulders, and position the firing foot slightly behind the support foot.

There are various pros and cons to each stance. With the fighting stance, for example, you can fire in this position with just about any weapon.

Most shooters prefer the isosceles position, and it’s a good starting position for beginners. That said, it doesn’t provide much front-rear stability.

The weaver position provides stability with the push-pull position, but it leaves the heart exposed around the left armpit if you’re a right-handed shooter.

Overall, experiment with each position to see what feels right to you.

Before firing, always use both hands. Your dominant hand should hold the handle.

Don’t place your support hand on the bottom of the handle, as you’ll need to eject the magazine when reloading. Instead, wrap the non-dominant hand slightly below your dominant hand.

When aiming, you’ll notice a front sight tip on the edge of the barrel. You’ll use the sight to align properly and fire. Otherwise known as a sight picture, you’ll align the sight tip with the target.

Recoil occurs when the force of the bullet forces the gun back. Various factors will determine the recoil, such as:

For beginners, it’s best to choose a gun with light recoil. However, you can mitigate the recoil with a strong stance and grip.

After firing the weapon, keep the barrel on the target before holstering or lowering the weapon. Doing so will prevent you from firing off another round in the wrong direction if you must move to a new target.

When you fire the weapon, try to realign the sight picture and alignment to maintain accuracy. You can also use an attached laser pointer to help you aim accordingly.

Rifles usually have iron sights instead of frontal sights, but both of them will help you shoot accurately. Use the iron sights to align with the target.

Like handguns, long guns also have different types of recoil, and the recoil level depends on the ammunition and gun design.

For beginning shooters, you can start with a rifle that shoots .22  caliber ammunition. Guns that shoot .22 caliber bullets have a lighter recoil.

In addition to laser lights, you can also attach a scope to the rifle. A scope allows you to magnify targets, and it’s a great accessory for long-range shooting.

You can purchase scopes with different types of magnification. With that, scopes with high magnification can make a sight picture harder to obtain. You can go to RKB Armory to read more about tactical optics.

Learning How to Shoot a Gun Safely

Before learning how to shoot a gun, you must know about gun safety. Treat all guns as if they’re loaded, and never aim the barrel at anyone or anything unless you plan to shoot.

To shoot accurately, maintain a firm stance and a solid grip. Then, use the front sights to align your target before firing.

Interested in reading more? Read more on our blog to learn about other topics. 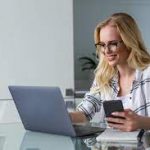 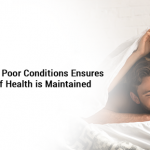 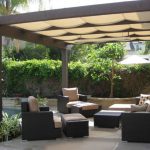 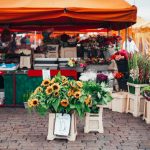 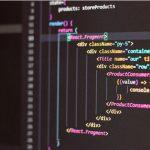