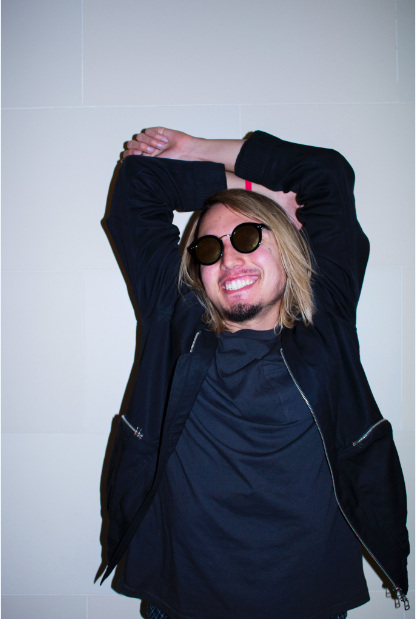 It is no secret that J.T. Hiskey rose to stardom after being featured on the Tonight Show with Jimmy Fallon, but many wonder how did he even get there.

The now twenty three year old hip-hop artist who likes to bounce back and forth from Utah to Los Angeles, is still holding onto success but even if it all goes away one day, being featured on an episode with legendary talk show host Jimmy Fallon will always be something he will remember.

J.T. Hiskey released a video on his YouTube channel in March 2020, explaining what the experience was like and what all went down that night it happened. What was interesting the most that happened to surprise fans, was the fact that he didn’t even know that moment was going to happen. He still wonders how it landed on Jimmy Fallons front stage and honestly, there are some different possibilities on the way it could’ve happened.

First thing we need to remember, is that Jimmy Fallon is just a talk show host. What we mean by this, is that there are hundreds (if not thousands) of different workers who make his show come to life every week night. From the constant producers, and even the directors who organize the show, any single one of them could’ve been the ones who made this happen. Our best bet would be that it was one of the producers of the episode that came across J.T. Hiskey’s song titled Love, and that could’ve been just from deep web searching.

What we have to keep in mind is that J.T. Hiskey was already going viral way before this, and he was already a very well talked about artist on the internet. His ability to be a viral success before hand is what most definitely helped him get this opportunity… just think about it. If no one even knew about him to begin with, the song would have not made it anywhere and especially this far where it ended up on a highly viewed national talk show. You can thank the power of social media, and how easy it is for things to spread so fast.

Another way that this could’ve happened, was simply someone from J.T. Hiskey’s team who are above him submitting the song themselves. From the looks of it, this seems like the most unlikely way this might have happened only because of the way J.T. Hiskey was shocked about it. He wouldn’t have been shocked if he knew that this was going to happen. He even looked shocked still when talking about it in his YouTube vlog.

Lastly, J.T. Hiskey might have knew someone who happened to work for the Tonight Show, but even this seems far from likely. If he had of known, he probably would have hyped it up before hand by saying something on his social media to get his followers excited. I mean think about it, wouldn’t you have done the same thing if you were in those shoes? This scenario was highly unlikely.

After all, J.T. Hiskey’s success story is a miracle and it is something that many haven’t been able to accomplish in their lifetime. With the constant rise of SoundCloud rappers who are recording at their homes with their own equipment, this is a dream that many strive to have. We can only look up to J.T. Hiskeys story and use it as a way to inspire ourselves.

To watch J.T. Hiskey’s explanation of the story, you can check it out here: https://m.youtube.com/watch?v=l9VBQ8b-tnI