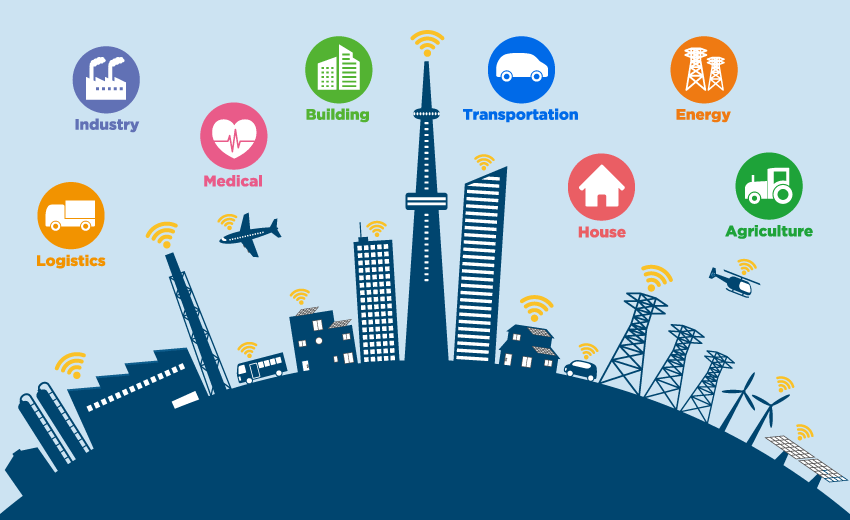 Smart City and its creation is the latest fad these days, and it will continue to be so for the coming decades.  Technological advancements will pave the way for computer systems to establish connections with IoT enabled devices for retrieving data and information, which can then be utilized for efficient management of cities.

You can think of smart cities like the one that utilizes information and communication technology for improving the quality of life for its citizens. You will have improved urban service quality and better operational efficiency. On the other hand, IoT or the Internet of Things is an interconnected network of sensors and devices capable of being connected to the internet for collecting data and sharing information. Any device that can be connected to the internet qualifies to be a part of the IoT network.

In contemporary times, IoT app development has led to numerous advancements in the sector which has enabled Smartphones to link, interact, and communicate with a large number of sensors and smart devices.  These days you have professional diagnostic tools in your Smartphone that allow you to interconnect your car and phone for scanning and retrieving diagnostic codes.

You can use it for diagnosing damage or checking engine light appearing on your dashboard.  There are a plethora of other examples that could be presented, such as connecting smartphones to your washing machine for monitoring the consumption of electricity and usage of water.  It goes to show that you can receive valuable information that can be utilized for the effective management of cities.

First, a smart city must have a smart infrastructure that can support optimum performance in the pursuit of reducing waste and saving energy.  In other words, it must have an energy-efficient infrastructure. For instance, street lights that can sense movement when someone walks under it and can light up accordingly.

Second, we have smart city air management that can record the amount of air pollution and make a forecast for the coming days with a high level of accuracy.

Third, it deals with the ability of a smart city to optimize traffic control. It must have well defined technological parameters for facilitating intelligent traffic control solutions.

Fourth, you need to have intelligent parking solutions. Here sensors need to be used for keeping a record when drivers leave a parking lot. It will also inform drivers where parking spaces are available.

The role of IoT in the development of Smart Cities

IoT has been instrumental in converting municipalities into Smart Cities.  Its enormous potential is gradually being realized all over the world. There is a surge in the operational efficiency of cities that includes enhanced traffic management, better safety, low pollution, efficient consumption of energy, better life quality for its inhabitants.

IoT app Development Company can provide the necessary assistance for building smart cities. They can help you to capitalize on the improvements of Information Technology by providing hi-tech apps that allow devices to connect through the internet and contribute to the development of smart cities. A surge in the number of connected devices and development in IT or IoT with AI (Artificial Intelligence of Things) will make it feasible to realize the dream of a smart city.

Moreover, it is now possible to utilize the data generated from IoT devices, which in turn help commercial organizations for developing an intelligent business system.  These systems can help to thwart criminal activities and manage car parks.  The Word Point and other fast translation services are also included in the list of changes and benefitted by IoT devices as they require upgrading to fast delivery of services across different devices.

IoT application Development Company can help cities all over the world to improve their infrastructure in the coming two decades, making it very much possible to benefit from IoT.  In contemporary smart cities, you can see changes that could be summarized under the following headings:

IoT mobile App Development can help to leverage the growth of information technology and IoT. Municipalities and cities can upgrade their existing infrastructure, making them IoT enabled.  Experts and pioneers of smart cities believe that the cherished goal of running self-driving cars can become a reality. They can take users to the destination and self-drive themselves to the parking lot.

Such developments soon could be possible. In this endeavor, it becomes imperative to alter the road configuration or rearrange them for fostering better connectivity.

The effort to progress towards smart cities is evident these days. The surge in the volume of recorded information has played a major role in this regard.