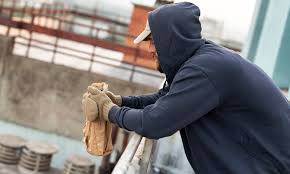 Hosting an intervention for someone’s substance abuse problems is one of the most altruistic things you can do for them. Dealing with addiction is tough, and most of the time, people try to tough it out on their own. That rarely works, however. People need people in these situations.

And if you have decided to be there for someone else, that is quite the commitment. But one of the hardest things about staging an intervention is that it is not quite enough to just be there.

If you are going to host an intervention for someone, you have to do it right. Here are 7 things you can do to support your claim that the target of the intervention needs the help.

Come Ready with an Impact Letter

Whether it is just you at the intervention or multiple family members and friends, it is a good idea to write down what the substance abuse problem has done to both you, the person you are hosting the intervention for, and the people closest to them in their life.

There are two reasons writing it down is a good idea: Firstly, it makes it easier to remember when emotions get high. Whether the target of the intervention is resistant to the intervention or not, you want to be able to refer back to it when it’s hard to think.

Come Together, but Don’t Crowd Around

The ideal size for an intervention is four people. It is actually fine if it is less than that. You can host a one-person intervention if that’s what is necessary. But having three or four is best, as it lets the person you’re intervening on know that there is support for your claims.

Any more than that, however, and you run the risk of dogpiling the target and making them feel worse. It also increases the chances of contradicting voices.

Everyone Should Show up with Something to Say

If you are going to have anyone else at that intervention, make sure that they have something to say in support of your claim. If they aren’t comfortable pointing out the substance abuse problem or the behaviors that make it a problem, excuse them from the event.

These people should have impact letters like you do, and you should come to an accord with them about what the problem is and how you all intend to help solve it.

Have a Designated Speaker

At the same time that everyone needs to be in agreement and say their piece, you should also agree on who is going to speak on behalf of the group. Even if you are the one putting the event together, that does not mean you are necessarily the best choice for who is going to speak.

You can rely on yourself the best to represent the message of the group, but ultimately the person who should speak is the person who will be able to keep the group’s message consistent and keep a cool head under pressure, just in case the target resists the help.

But also, don’t argue with anyone who is there with you. Even if they break from your message and say something you don’t think is true, focus on moving on rather than correcting anything.

Remember You are There to Help

When you bring up the hurt they cause, tell them how unhealthy their behavior is, or anything else, you are doing it to help them get better and improve their lives. If it isn’t about making things better for them first, then the target of the intervention has no reason to care.

This follow up can take the form of checking up on a person, or it can be enacting a plan you lay out in the intervention itself. It all depends on how much you trust the target of the intervention.

All of these tips might have you second-guessing yourself. You might, at some point, begin to wonder if you will host an effective intervention, or even if it will be worth it.

Interventions are always worth it, even when they are not perfect. If you need any help setting one up, then go to Epiphany Wellness to contact us.