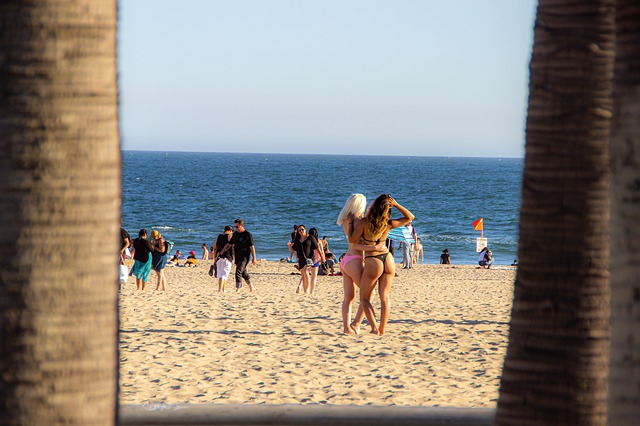 Los Angeles is the world’s most famous place in the world. It is the financial and cultural center of the US. It is also known as Hollywood city or the film city of the US. Most of the world-famous Hollywood celebrities lived here. Los Angeles is the second most populous in the US. The city is surrounded by beautiful mountains that are adjacent to the Pacific Ocean. In Los Angeles, you can see a touch of Spanish culture because Spain ruled during the 17th century.

One of the most famous tourist attractions is Griffith Observatory. It is located in the beautiful Mount Hollywood. The location is beautiful and people mostly visit here to see the whole city from the top of the mountain, the surroundings are covered with beautiful mountains with trees and blossoms in the park. The view is so spectacular that many people don’t buy a ticket to see the observatory, they just hang around the park. Although the observatory is also a one time visit place where you have to buy a ticket that costs $3, parking is free.

One of the most famous locations in the US is Santa Monica Pier. It received more recognition after the television series “Baywatch”. It is a beautiful place to spend time with friends and family. It has a giant wheel which is the major attraction with different restaurants and the scenic seashore. It has the longest bike path in the world alongside the Pacific Ocean which flows in parallel with the path. There are no entry fees.

TCL Chinese theatre was opened in 1927. It is a movie palace where all the golden hits of Hollywood movies were released and organized the showcase. It is the most visited place by tourists as it is also one of the major tourist attractions in the world. Apart from that, there is a Hollywood walk of fame where you can find the Footprints of many world-famous celebrities like Micheal Jackson, Robert De Nero, etc. You never know you might get a chance to see any movie celebrity here in the walk of fame.  Theatre is also known as Grauman’s Chinese Theatre. You can visit this place absolutely free but you have to pay $14 to take a tour of the theatre and it is totally worth it and it will surely become one of your life moments.

Zuma beach is one of the finest and clean beaches in the whole Los Angeles as compared to Saint Monica and others. You will love the peaceful atmosphere of the beach because of less crowd although you can find restaurants and snacks stall and a parking area.

One of the iconic places in Los Angeles. By reaching here you can view another tourist spot also like the Griffith Observatory and the famous Hollywood sign is also installed on this mountain area. The top view of the city with the Pacific Ocean is a perfect example of beauty. It is a must-visit place and a selfie with the Hollywood sign should be in the To-Do’s list.

You can find many beaches in Los Angeles and Venice beach is one of them. The beautiful beach with palm trees with a sunset view is perfect for a photo click. The name Venice is kept because the area is developed and given a look at the Venice city of Italy.

The Walt Disney Concert Hall is a beautiful example of engineering. The outer side of the concert hall is made up of steel. It is a must visit place which is having free entry you can explore the whole concert hall with the help of an audio guide.
Los Angeles is a nightlife city where anyone will surely want to live once in a lifetime. It is a must-visit place, if you can spend some then there are several other tourist spots where you can visit like Disneyland theme resort park, Knott’s Berry Farm OUE Skyspace, etc. There are so many things and ways in Los Angeles that any tourist can enjoy even the entry free places are also recommended by the visitors. You can contact Indian travel agency in US for flight details and for more information.