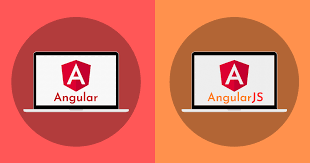 The open-source TypeScript framework Angular is used to create online and mobile applications. The number of ground-breaking solutions created with Angular is increasing, and so is its appeal as a cross-platform framework.

It’s not the best choice for just one type of software, but it does offer the tools to carry out a variety of web development tasks and enhance the app or website with the necessary functions.

You must hire angular developers to work on this powerful framework in order to design a dynamic website. Single Page Applications (SPAs) with many functionality and user-friendly designs may be made by Angular developers.

At the moment, we have highly qualified angular developers that can boost browser-based applications’ productivity and deliver top-notch outcomes. As a result, the majority of businesses choose to work with knowledgeable angular developers to create unique, creative solutions. Before exploring further, it’s critical to comprehend the job and tasks of angular developers.

The name “Angular” is used to refer to all versions of the framework that followed AngularJS or Angular 1. It is the most modern and sophisticated front-end development platform available today for creating dynamic and responsive online applications.

The framework known as Angular 1 was created by Google developers Adam Abrons and Misko Hevery in 2009, and it was formally published in 2010. Since 2010, the Angular team has released many iterations of the framework.

Dynamic single page apps are made using the initial iteration of Angular, known as AngularJS. Then, in 2016, Google launched Angular 2, a complete rewrite of the AngularJS framework. The name “Angular” is used to refer to both Angular 2 and any later versions.

AngularJs is an open-source front-end framework for JavaScript that is mostly used to create single-page web applications (SPAs). It offers improved ways to create web apps and is a framework that is always improving and increasing. The static HTML is changed to dynamic HTML. Additionally, it has capabilities like dynamic binding and dependency injection that reduce the need for programming.

AngularJS is outgrowing itself, which is why there are several AngularJS iterations. It’s important to understand that AngularJS is distinct from Angular. Anyone is free to use and modify the open-source AngularJS project. HTML directives are used to expand HTML attributes, and HTML is used to protect data.

Components of Angular vs. AngularJS

The differences between the two frameworks’ constituent parts are apparent when one is TypeScript-based and the other is JavaScript-based.

Angular uses TypeScript, a language used by Angular that is a superset of ES6 and is backwards compatible with ES5. While Angular employs a hierarchy of components, AngularJS is built on JavaScript, which includes terminology like scope and controllers.

This framework is favoured by any software development company. AngularJS employs directives, whereas Angular is component-based.

Which to choose: Angular vs. AngularJS?

The main distinction between AngularJS and Angular was the move from MVC design to a component-based structure, which enables the creation of Angular more quickly. In addition, Angular components may be stored as web elements and utilised as parts of any type of HTML page, including those that don’t use the framework.

It is recommended to start with Angular and hire Angular developers for the same reason as it is more compatible with component-based JavaScript frameworks and Server-Side Rendering (SSR) frameworks.

The AngularJS framework has remained a viable alternative for AngularJS websites even after the release of subsequent versions of Angular. It makes sense to use it while building complex web applications on the JavaScript framework, especially when using Blockchain-based solutions. Similar to this, single page apps that provide a positive user experience may be created with AngularJS.

When considering the speed of AngularJS with Angular, Angular is five times quicker than its previous iteration. Additionally, AngularJS does not support mobile devices, but Angular does. Additional language options for Angular include TypeScript, JavaScript, PureScript, Dart, etc. However, only JavaScript is supported by AngularJS.

Prakash Software Solutions is a software development company that aspires to offer professionals in Angular and AngularJS development. Which framework you want to use in your business module is entirely up to you. Whichever option you select, Prakash is available to meet all of your design requirements.

Author Bio:Yuvraj Raulji has been working as an SEO Executive in a software development company named Prakash Software Solutions Pvt Ltd for the past year. With 5 years of experience in SEO/Digital marketing, Yuvraj Raulji has true potential to manage the company’s social media marketing. He keeps a close eye on each allocated task and provides extended support as and when needed.